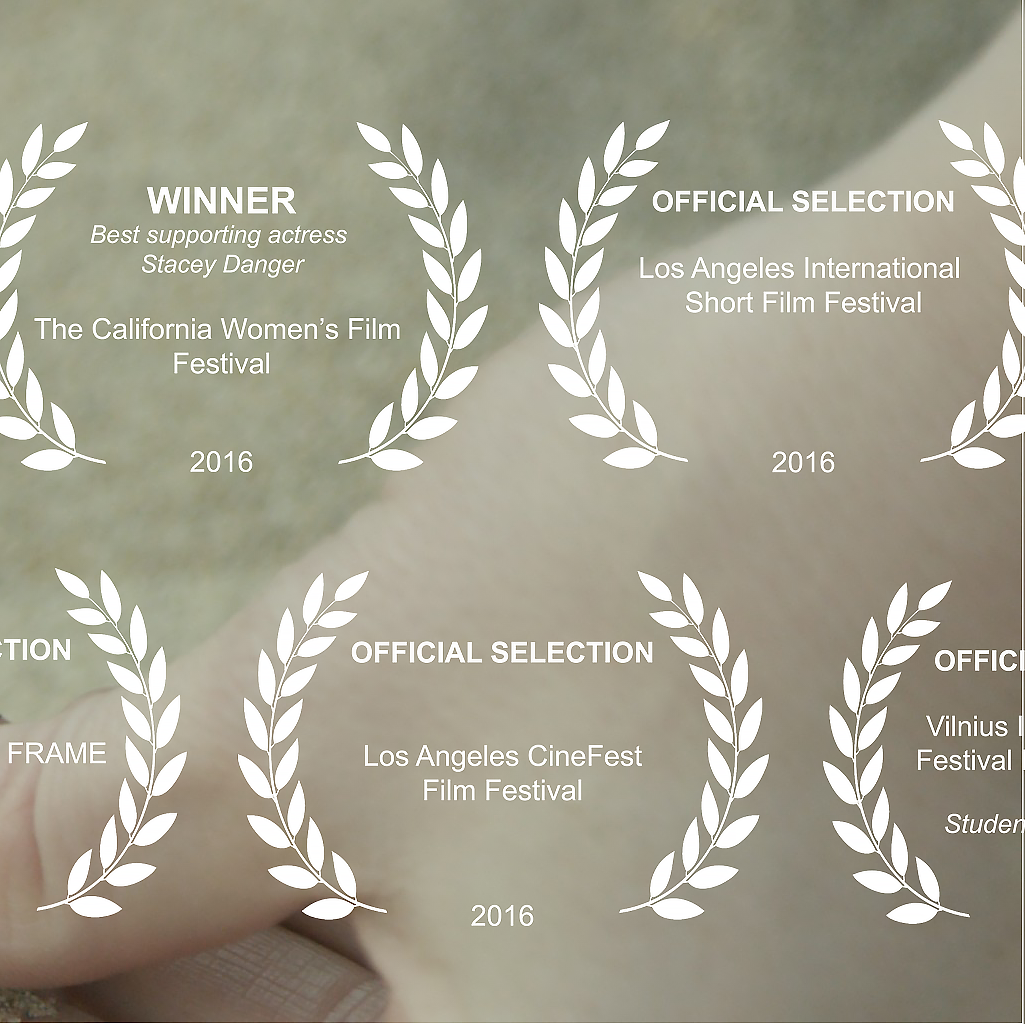 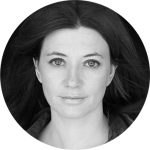 After 10 years of training as a gymnast, Katie made the transition to acting in high school. She went on graduate with a Theater & Dance degree from Trinity College before moving to New York City. It was there she wrote two original plays and had them produced way off broadway and did her first feature film before moving to Los Angeles. Katie’s recent acting credits include starring opposite Danny Trejo in the comedy pilot What Would Trejo Do? and a supporting role opposite Oscar winner Nicolas Cage in the true story thriller Frozen Ground. She directed and starred in her first short Type Cast now running on Funny Or Die. Katie has two commercial campaigns airing now, one opposite Dwayne “The Rock” Johnson and is playing Romeo in Shakespeare in the Shed’s production of Romeo and Juliet, running through November 2015. 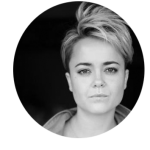 Stacey fell in love with performing at a young age, often putting on living room plays and dances for her family. Through school, Stacey achieved high credits for her writing of short stories and poetry. Encouraged to follow her dreams of entertaining, her dad would always say,  “be smart about it”, so she enrolled in college to earn degrees in both Marketing and Business Administration. Stacey now lives in Los Angeles with her husband, record producer Steven Solomon, and their Welsh Terrier, Fitzgerald. They all three enjoy long walks on the beach. 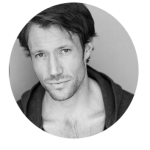 Michael Finn is proving to be quite the diverse talent in Hollywood.  Finn’s introduction to the spotlight was as ‘Mike,’ an abusive and strung out boyfriend to ‘Maya,’ played by Rumer Willis in the film festival darling, “THE ODD WAY HOME”. The film just enjoyed a theatrical run and is currently out on DVD.  Following that, Finn landed his first leading role, and gives an emotionally charged performance as ‘Matthew,’ in the tense Sci-Fi thriller, “ALIEN STRAIN”. Finn is also focused on writing, and has multiple scripts in various stages of development and is slated to begin production on a project he co-created this spring. 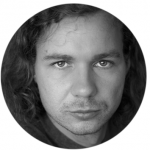 A Lithuanian actor, producer, writer and director who received his degree in Theatre Arts. He has worked on numerous short film projects including the lead role in the AFI Thesis Film “Kalifornija”, which was a Finalist for the 2013 Student Academy Awards. His most recent work as an actor and producer starring alongside Elpidia Carrillo in “Solidarity”, Nominated for a BAFTA Los Angeles 2013 Student Film Award, 2013 Award Winner for Best Short Film at San Diego Film Festival, Official Selection at 2014 Clermont-Ferrand International Short Film Festival ( France ), Nominated at 2014 American Pavilion emerging filmmakers showcase in CANNES Film Festival, and more. 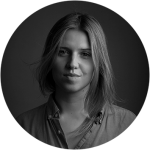 Irma Pužauskaitėwas born in Vilnius, Lithuania. She studied Communication Science before shifting her focus to filmmaking. She worked in Media,  the Lithuanian Ministry of Culture, specializing in film financing, for almost 5 years.

Afterward, she decided to dive into the creative side of filmmaking and was fortunate enough to receive numerous scholarships and sponsorship donations to go to graduate school in Los Angeles. In the Spring of 2015 she graduated from Loyola Marymount University with her Masters Degree in Fine Arts. Her directing teachers were Barry Primus and Judith Weston and her short film “The Morning After” is her thesis project. She also works as an editor and has several films currently traveling the film festival circuit. She is currently located in Los Angeles, but continues to work with the Lithuanian production company IN SCRIPT. She is fellow of Incubator Lab (Film Independent). 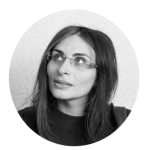 Eglė Vertelytė has a bachelor‘s degree in History from Vilnius University and has studied Art Studies at Vytautas Magnus University. She continued her studies at the European Film College. In Lithuania, she has been workingfor the National Television show “25th frame“ as a director and collaborated with “Studio Nominum” on various documentaries. She spent 2009 – 2010 in Mongolia, where she made the internationally recognized documentary “Ub lama”. In 2012 she finished National Film and Television school and gained a MA in screenwriting and script consulting. She has made several short films, worked as a script consultant, and is currently working on her feature film “Miracle”. 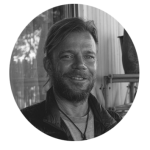 Mark Mannschreck is a Commercial Cinematographer and Creative Director living in Los Angeles.  Mark has recently been making the move into Narrative Film. In 2014 Mark completed the feature film AS NIGHT COMES. Additionally, Mark completed five short films. Mark also was DP Special Effects for PURE COUNTRY 2, and lensed one of the short stories of the feature film DO NOT DISTURB. As a DP, Mark is known for his work on high-profile commercial projects for companies such as Chrysler and Coca Cola and for lensing music videos and concert films for some of today’s top recording artists, including John Legend, Backstreet Boys, Beyonce and TV On The Radio(nominated for a 2012 Grammy). 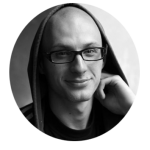 Domas Strupinskas is a Lithuanian composer, songwriter, and record producer associated with the alternative music scene. In 2009 he co-founded Snapsounds – a website that features live performances of local musicians. By 2011 he was making music for ads and writing film scores.

In 2014, together with Paulius Kilbauskas, he won the annual Lithuanian film industry award for the best soundtrack (‘Gambler’, dir. Ignas Jonynas).

PAUL DINH-McCRILLIS is a longtime member of the Casting Society of America with over 15 years’ experience in film, television, theater, commercials, and new media. He’s worked  with Hugh Jackman, Mel Gibson, Chris Carter, Ted Danson, among many others. Paul is based in Los Angeles. 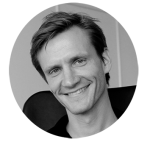 Lukas Trimonis attended the Baltic Film and Media School, the European Film College, and National Film and Television School in UK. He completed Maia Workshops in Italy and received the European Certificate in Audiovisual Financing and Commercialization from the French National Audiovisual Institute. His experience ranges from producing numerous commercial projects; music videos, short films, commercials,  and viral videos to working with within film distribution, financing, post-production and SFX/VFX.He is currently producing his first feature film, MIRACLE, and works as a producer for two companies, IN SCRIPT (Lithuania) and Wostok (United Kingdom). 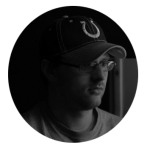 Mike Sitnikov was born in St. Petersburg, Russia, but moved to the USA when he was 5 years old. He consumed media, both film and TV, in vast numbers and knew from an early age he wanted to be involved in the entertainment industry. When not writing original scripts, he is busy producing. His ultimate goal is to be a show runner so he can shape a series to what he likes to see. 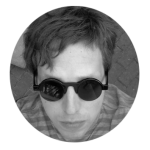 VladasLitvinas is a highly skilled professional with experience in video editing, creative storytelling, problem solving, and meeting deadlines in a fast paced environment. After graduating Vilnius University with a BA in Business Management & Sociology, he attended London College of Communication and received a BA in Film and Television. Since then he has worked for JSC Some Films as an in-house video editor & post-production supervisor. 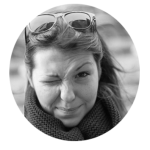 Greta graduated from Edinburgh Napier University’s (BHons) Graphic Design department. She is a detail and concept oriented graphic designer striving to create work that stands strongly behind its concept. She currently works as a freelance multidisciplinary designer.

“Devil is in the detail”   www.behance.net/Greta_Vi“ 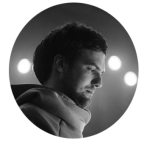 Julius Grigelionis is a sound designer who lives in Vilnius. He likes minimalism and naturalness. He appreciates these qualities the most in cinema sound. 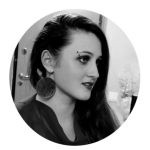 VioletaDraseikaite graduated from Vilnius Gediminas Technical University with degrees in Creative Industries and gained a Bachelor’s degree in Communication. She started implementing her knowledge about communication, media, entrepreneurship, and new technologies for the Lithuanian company IN SCRIPT. She was able to adapt communication, public relations, coordination, and design skills to organize both editions of the short international screenplay-writing workshop “Too short to die”. She continues developing necessary creativity, innovativeness and knowledge to succeed in the film industry.